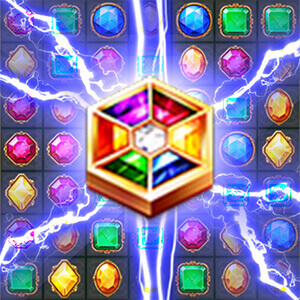 Jewel Duel 567
Not even the oldest ones remember when their beautiful country, Kartucia, was taken over by two fiery wizards using black magic. It's been a really long time since Kartucia was immersed in darkness and was suffering everyday under the servants of the fiery wizards' power. Legend has it that a hero would have come restoring peace in the country. But time is running out! The fiery wizards are about to open the abyss of horror, releasing thousands of demons and everything would be lost forever. Everyone believes you are the hero: do not disappoint them!