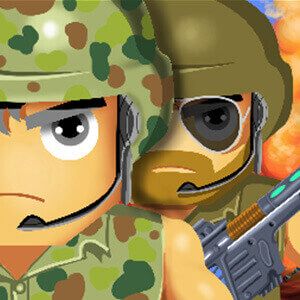 Soldiers Combat 52
Soldiers Combat is an online Boy game. Soldiers Combat is a platform game with eight levels. You are a soldier and will use weapons to kill enemies. In the game, you collect hidden keys and ammunition. The key may be in the box or with the enemy. You also collect gold coins to buy weapons.