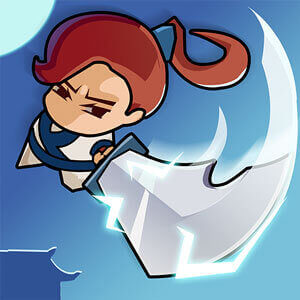 Knife Vs Sword.io 2066
Knife VS Sword.io plays like a typical IO multiplayer arcade game with 2D cartoon knights on a platform. You could make more kills by using your weapon to poke their bodies. More kills always mean more reward after the round. You are able to use them to unlock more weapons and character skins. Good luck!